Ahhh, Aurelia. This quilt has so many stories stitched in it, so let’s start with two. 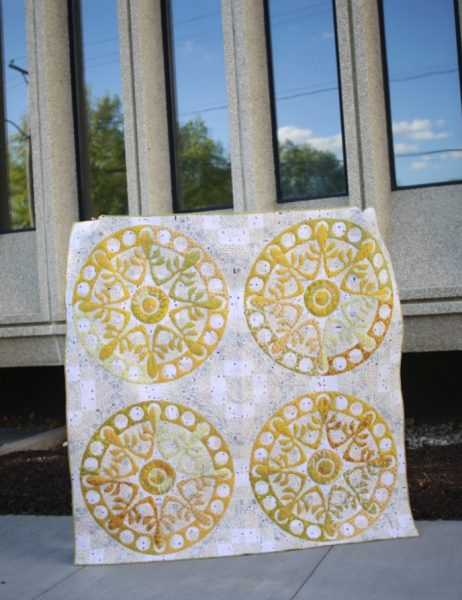 The spring of 2014 was our first spring in our first house. Our house is 80 years old, and I love it. However, that was a very wet spring, and we had a little bit of water in the basement. It was in the laundry room, sealed concrete, no big deal we’ll keep an eye on it. Then came the spring of 2015 and the city of Lincoln got seven inches of rain in 5 hours. The northern part of town by the university flooded, and guys were paddling down the street in kayaks. Guess what? Our minor water problem became a much bigger problem, and one not confined to the laundry room. We pulled back the sopping carpet in the room next door and discovered these fantastic tiles! I love them. The Man does not. After we called the experts to fix our poor soggy basement, we put the now dry carpet back over the tiles (I say to protect them, The Man says to protect his eyes). 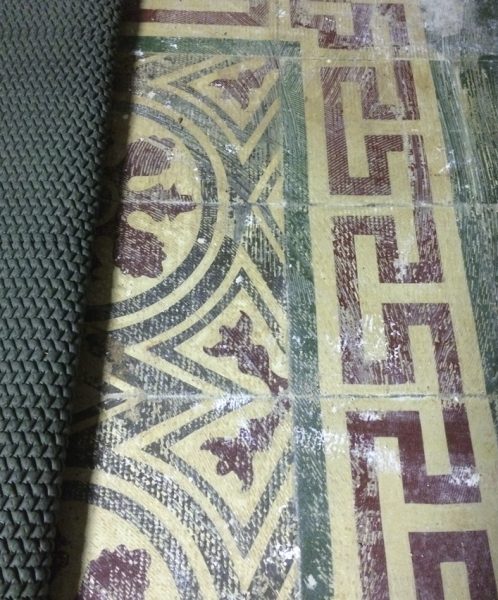 I needed to do something to share those tiles with the world. Hence, Aurelia’s appliqué design. 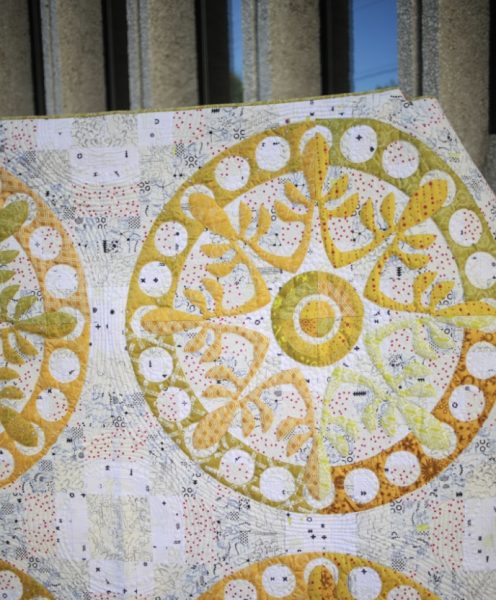 And the name Aurelia comes from two separate places. I’m a bit of word-nerd and names are fun for me. Aurelia means ‘golden one’, so how perfect for a yellow and white quilt! But it’s also the name of the person that sent me the nicest rejection letter when I was trying to submit fabric designs. It stuck with me, so now it’s a quilt.

The Aurelia quilt is made up of 16 appliqué blocks with pieced backgrounds. The appliqué makes it look like a four block quilt, and the secondary pattern from the piecing makes it look like you worked a lot harder than you really did. Valary Tieszen of On Point Quilting did the gorgeous custom quilting to make it pop.I did the original all out of Alison Glass fabrics; the low-volume backgrounds are from Abacus and the yellows and greens are a mix of everything. 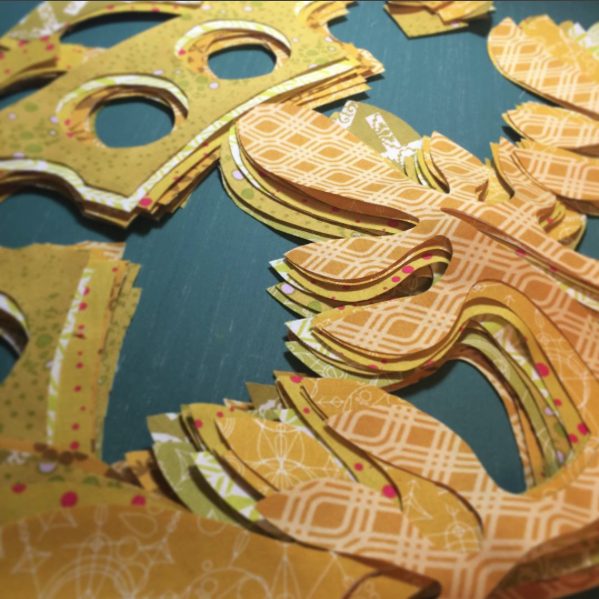 Normally I like to do turned-edge machine appliqué, but the scale of the blocks make such an impact that I wanted to do raw-edge with a heavier weight thread to keep that drama going. They went through my sewing machine without any problems. 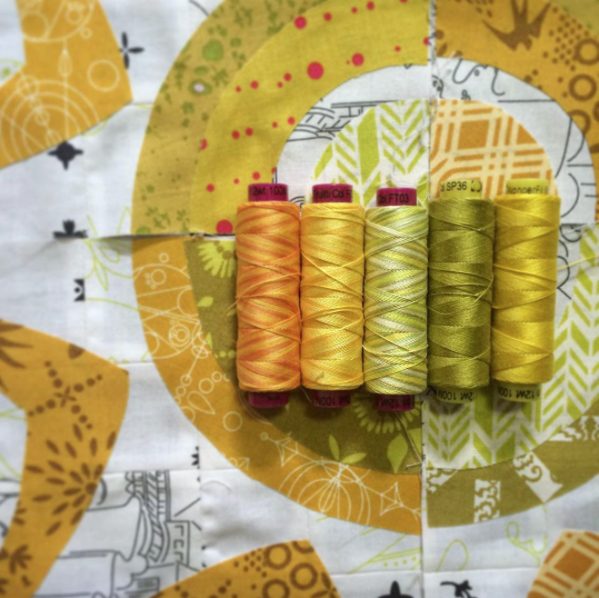 I used a mix of variegated and solid threads from Wonderfil in a straight stitch along the edge of the pieces, trying to match the fabric to the thread. 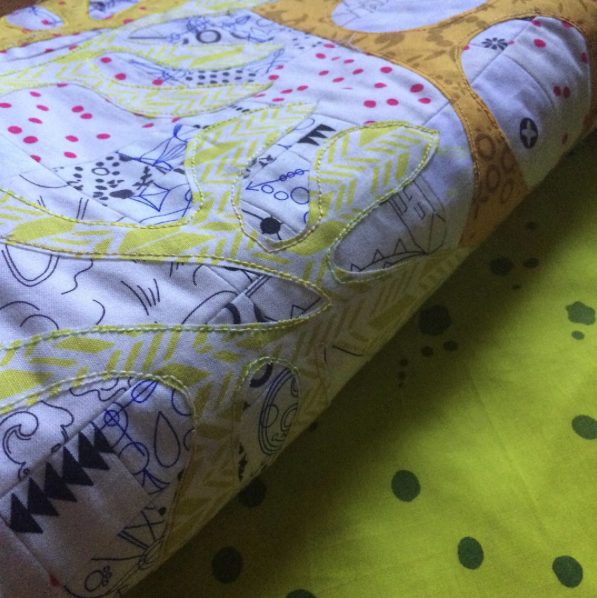 The pattern includes an oversized sheet with the full-size appliqué pieces and placement. It’s really the easiest way to lay everything out. However, that means that the pattern isn’t offered in a digital form on Etsy or Craftsy, but I’m happy to send you a hard copy! Just send me a message from our contact page. 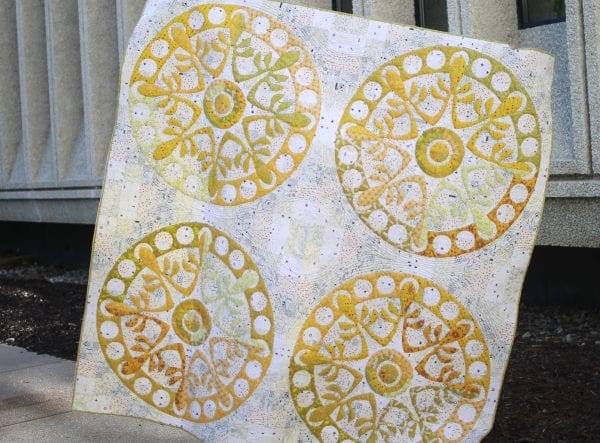 Then you can make your own golden quilt.